The Zombies (original lineup, courtesy of The Zombies) Janet Jackson and Stevie Nicks predictably got the biggest media play out of last week’s 2019 Rock and Roll Hall of Fame nominations announcement, but really, they’re just baby acts. Not only did The Zombies keep up with their fourth nomination in five years, the immortal British Invasion band from St Albans, England, whose chart-topping 1964 U.S. debut hit “She’s Not There” was revived just last year in a Kohler commerci
140 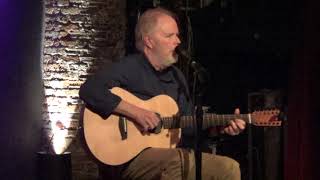 Leo Kottke performs "Living in the Country" at City Winery None other than Jimmy Vivino, the Conan show’s bandleader and one of this era’s most versatile guitarists, was extolling the virtues of Leo Kottke prior to his show last Thursday night (Oct. 11) at City Winery. “He’s completely honest,” said Vivino, noting how what’s happening in Kottke’s head in any given moment manifests in his fingers—and often vice versa. “That’s why I call what he does blues.” Kottke’s show bore
290

(BMG) Mary Lee Kortes took a detour in 2002 from the acclaimed original material she’d been recording with her band Mary Lee’s Corvette. She recorded live Bob Dylan’s entire 1975 Blood on the Tracks album, from a female perspective. Her Dylan homage not only won more accolades (a four-star review in Rolling Stone) and international airplay, but her version of “You’re A Big Girl Now” was featured on Dylan’s own website, and she eventually opened for him on some of his concert
280

Annie Golden at the Cutting Room (photo: DavyMackNYC) “I live at 54 Below!” says Annie Golden, and it would sure seem that way for the Brooklyn native, who rose to prominence in the 1970s fronting the CBGB’s/punk-era pop band The Shirts, but has become a Broadway/cabaret mainstay in recent years. Also known for her television (Norma Romano in Orange Is the New Black), theater (she was the original Lynette "Squeaky" Fromme in Stephen Sondheim and John Weidman's musical Assassi
1150
1
23
subscribe