New York-based documentary filmmaker April Anderson was looking for a new project to follow her half-hour Beyond the Paint portrait of notorious New York nude body painter Andy Golub, but was seeking something new. She found it in something old: the pony-size Icelandic horse breed that evolved from ponies brought to Iceland by Norse settlers in the ninth and tenth centuries. Her new hour-long documentary Tails of Iceland, which premiered last month in Reykjavik, depicts the r
560 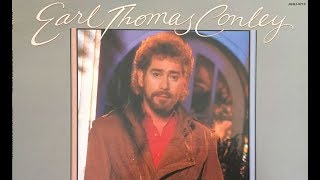 Earl Thomas Conley's "Holding Her and Loving You" Few country artists were as successful in the 1980s as Earl Thomas Conley, who died yesterday at 77. Only Alabama and Ronnie Milsap scored more No. 1 country singles in that decade than Conley, who had 18. In 1984, his Don’t Make It Easy for Me album made him the first artist of any genre to have four No. 1 singles (the titletrack, “Angel in Disguise,” “Holding Her and Loving You,” “Your Love’s on the Line”) from the same albu
270

Halsey (Photo courtesy of Songwriters Hall of Fame) Singer-songwriter Halsey will receive the Hal David Starlight Award at the 50th Annual Songwriters Hall of Fame [SHOF] Induction and Awards gala, to be held June 13 at New York’s Marriott Marquis Hotel. The award, which was instituted in 2004, was named in honor of SHOF chairman emeritus Hal David, in recognition of his longtime support of young songwriters. It is given to gifted young songwriters who are making a significan
110
1
2
subscribe