Steve Nieve's Fuji~Rama One of rock’s most celebrated keyboardists, Steve Nieve is launching his own vinyl-only label to showcase the music he creates apart from his longtime employer Elvis Costello. First up from Nieve’s new Trouville Records label will be Fuji~Rama, which is currently being crowdsourced in conjunction with Qrates—a website that facilitates fan-generated vinyl record production. The album is made up of Nieve’s self-described “no beat, electro-acoustic duets”
410 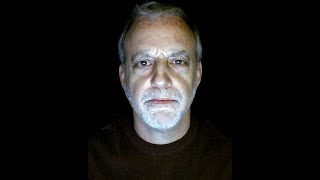 Viral Life: Charles Chessler New York-based documentary filmmaker April Anderson has followed her awardwinning 2019 Tails of Iceland feature on the pony-size Icelandic horse breed with Viral Life--a series of video interviews via Zoom in which artists discuss their coronavirus-stalled projects and current undertakings, and ponder “the brave new world of life, death and art” that they suddenly find themselves in. There have been eight installments so far, all focusing on artis
400

Lou Christie's "Lighthouse" from "Paint America Love" He’ll rightly be forever known for such immortal 1960s rock ‘n’ roll hits as “Lightnin’ Strikes” and “Two Faces Have I,” but Lou Christie had plenty of other hits, most notably “Beyond the Blue Horizon,” the pop classic introduced by Jeanette MacDonald in the 1930 film Monte Carlo and revived by Christie in 1973 before its standout use in the 1988 movie hit Rain Man. Still, there remains much of interest in Christie’s less
1490
subscribe